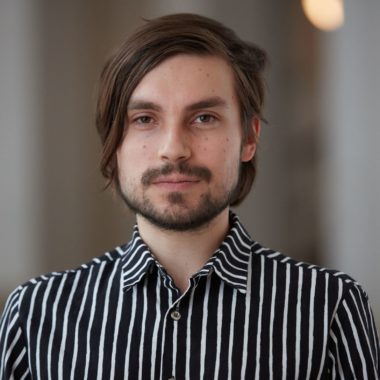 On entering the Finnish Institute, you are greeted
by a bright yellow bird lounging on the sofa. One might ask: What is going on here? Markus Jäntti-Tuominen, a recent graduate of the Berlin University of the Arts, is the current Visiting Artist at the Finnish Institute. His characters have leaped out of a video and now populate the institute’s premises on Berlin’s Friedrichstraße.

The centrepiece of the installation is the film titled Roses and Thorns. With the creatures in the film, which he has sewn himself, he offers a satirical attitude towards humanity. The film depicts a family consisting of a unicorn, an eagle and a baby bird. “This group is a selection of different heraldic animals. The unicorn comes from the UK, the eagle from Germany. The baby bird represents the US, as the offspring of Europe”, says Markus Jäntti-Tuominen.

The eagle which is married to the unicorn pays little attention to the wishes of the extravagant unicorn, which symbolises the trope of the artist with their desire for freedom. The eagle hardly under- stands the suffering of the unicorn and prefers to watch football.

Markus Jäntti-Tuominen has fashioned the animals in a gender-neutral style: The unicorn, a little white-pink animal, is realised with a delicate male voice. The eagle, a rather imposing, muscular figure, has a deep female voice: “In my narration in the film, I also delve into being an artist. I decided to give the unicorn this clichéd feeling of frustration at being
a failed artist. So I was able to combine the parody of the image of the artist with the other symbolic elements”, says Jäntti-Tuominen.

In the film, you will not only notice clichés about monogamous marriage, but also allusions to current political issues such as the construction of a wall along the US-Mexican border, Brexit or the certain self-centredness that exists in Germany. Together with his installation ensemble, Markus Jäntti-Tuominen has created a fanciful satirical perspective on today’s world and thus also on the current political situation, which could hardly be more bizarre than it is. 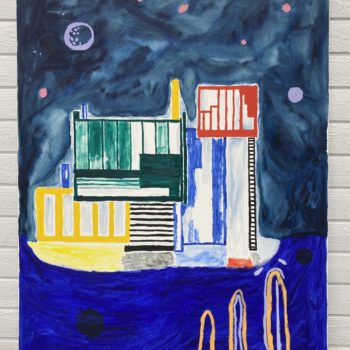 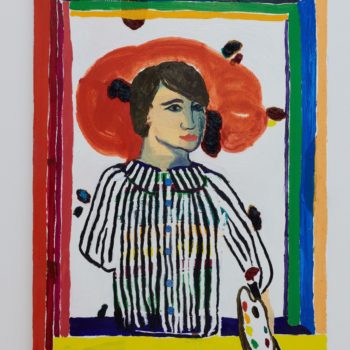 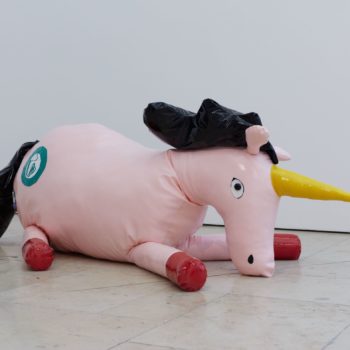 Unicorn of the Future 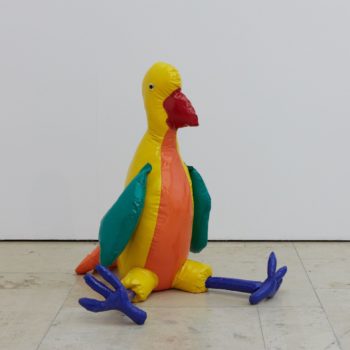 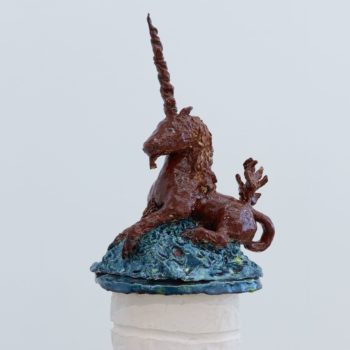 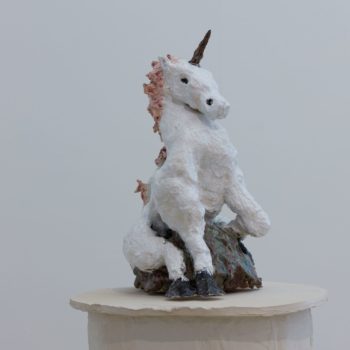 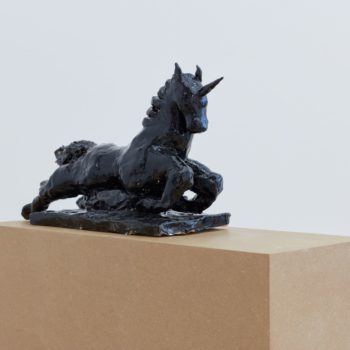 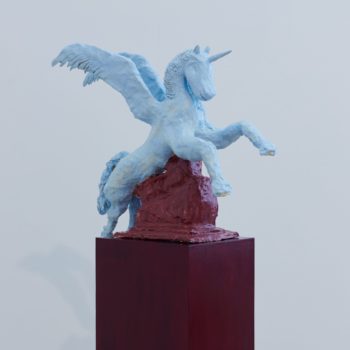 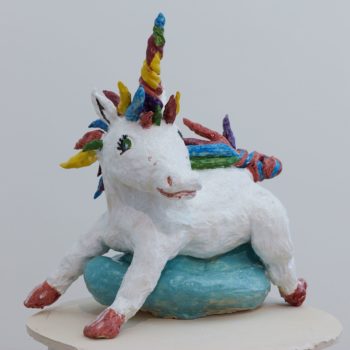 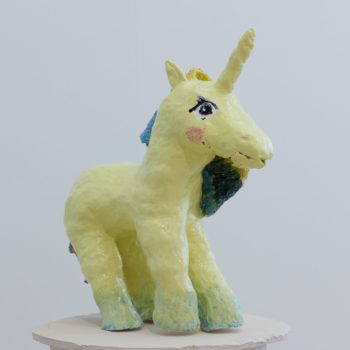 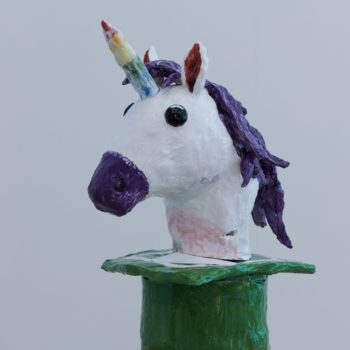 Markus Jäntti-Tuominen was born in Finland in 1994. He received a scholarship from the Alfred Kordelin Foundation at the age of 15. From 2013 to 2019 he studied as a master student at the Berlin University of the Arts under Professor Robert Lucander. In 2018 he participated in the Master’s programme “Studio Art” at Hunter College, New York. In 2020 Jäntti-Tuominen’s Unicorn Stories exhibition was presented at the Finnish Institute in Germany in Berlin as part of its Visiting Art/ist programme.