Finnish graphic artist Antero Olin is well-known in Hungary. Anyone attending the Young Artists’ Club in the 1980s knows what significant exhibitions and innovative initiatives were hosted by the Club. These included the series of International Mail Art and also the International Experimental Art Exhibitions, including several of Olin’s works.

When taking a look at Olin’s autobiography, we are surprised to see that Italy is followed by Hungary in the row of places where he had the opportunity to set up exhibitions several times. Yet, what attracts him here besides the the affinity between the two languages? As Olin once remarked humorously, Budapest was halfway between Finland and Italy. Still, the truth is that he took a liking to the city and its architectural monuments, so he spends here 3 to 4 months a year to elaborate his experiences.

Olin has always been attracted to the past and its architectural relics; perhaps this originates from the fact the Finland is not so rich in castles and towers as Mediterranean landscapes are. His historical and architectural references range from Ancient Rome to the 20th century; I had the opportunity to see some works of his depicting the firewalls, roofs, and chimneys of tenements in Józsefváros (district VIII of Budapest).

Olin’s working practice is the following: he does not select themes from tour guides, but he records his architectural impressions during his travels. He makes sketches in most cases – more than one of each building –, but in some less frequent cases he uses the camera to record the subject of a future work. He has works that had got matured for 3 years before the time came for execution. Olin is incredibly precise, accurate, depicting views in a realistic manner; his fortes the abundance of details and their perfect accomplishment. It is very interesting to see the contrast between blocklike, robust, monumental buildings and their minute, finely chiselled fragments. Olin makes perfect compositions: works are balanced within the space of the picture; balance is kept between the building and the relatively minimal landscape in the background and the emphatic counterpoint of the sky. Olin produces order and harmony by surrounding black or brown building blocks with bluish-lilac and yellowish-orange sky – or elsewhere with embossed clouds. There are pictures where the foreground is completely filled by the building itself and there are ones where the central motif – a fortress, a castle, a tower – is placed spaciously. He is familiar with the innumerable shades or the range between black and white, but he is also brave to use the colour scheme of the sky. In is interesting how the blue shades of Italian skies are replaced by tones of orange in the case of Hungarian architectural monuments. Representations are sometimes perfect copies of the original; sometimes a building – a ruinous, devastated part thereof is reconstructed, as if the original object was rebuilt and its injuries were healed – he told me so. There are some instances where he does not retain the original proportions, distorting them – actually extending them, elongating some structural elements of an object. In some works, he depicts the entire building, in others only a part of it; and there are some where the tower is simply crippled from the neck upwards. He can do so: he does not make postcards for tourists but works of art. And there are some instances where he rambles over to the realm of dreams and the imagination, see his Castello or Torre, a futuristic truncated cone. Olin plays masterfully with light: his works present the sparkling sun at noon, phases of sunset and turning into night, as well as the shades of daybreak. Besides changing tones, he highlights – so to say – accessories: verdant crowns of trees, vivid boxwoods, or even small triangle-shaped flags. Realistic representations are turned into tales or mysteries in some works. People are not depicted anywhere; still, the human element is present as all these buildings were created by humans, for whatever purpose they were built. There are buildings that used to host somebody; there are ones who provided protection against foreign powers; and there are ones to sequestrate prisoners. Bastions, embrasures, cell windows may also refer to a less noble facet of history: the past is haunting because we cannot know what actually happened behind those stone walls.

Olin reminds us and pays his respects to the buildings and their constructors. Apart from goitered sills, geometric decorations, functional supporting arches, and vaulted windows, it is much more important that Olin can talk about human accomplishment, the history of the symbols of force, the volatility and elusiveness of power, the splendour and troubles of historical times, as well as devastation and threat as only art can talk. 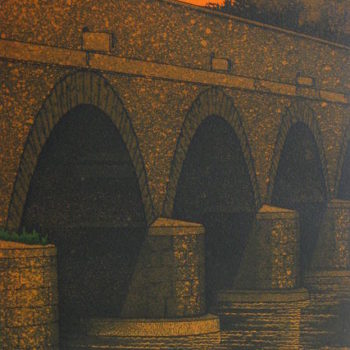 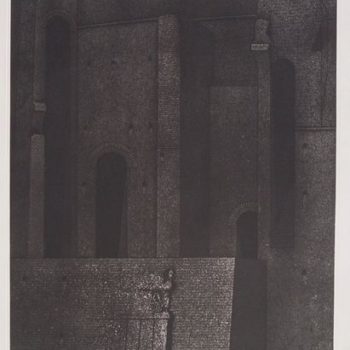 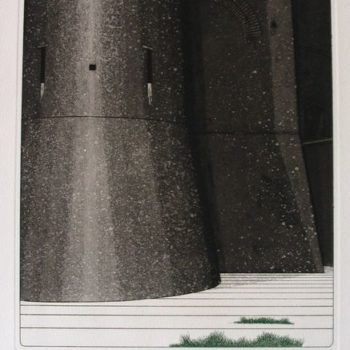 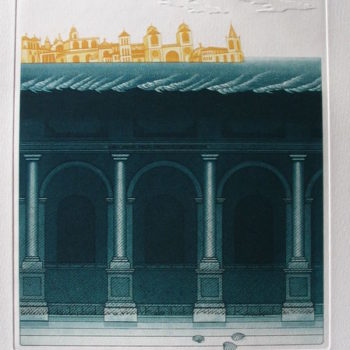 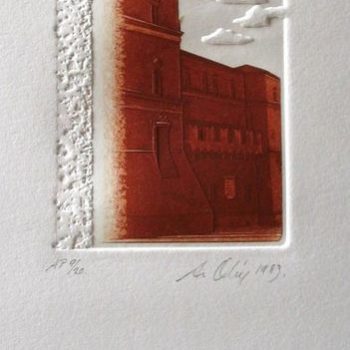 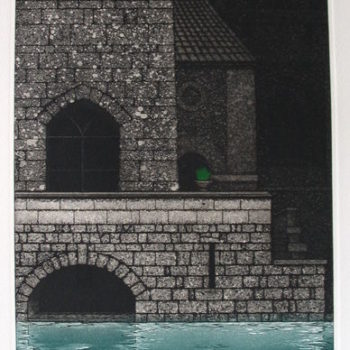 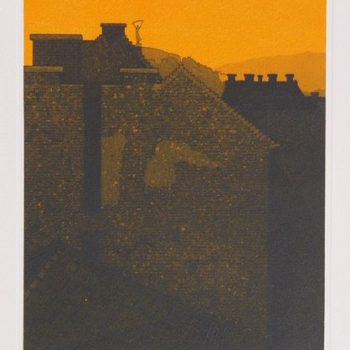 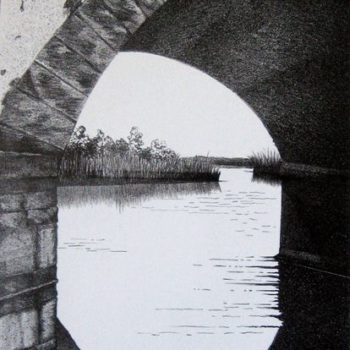 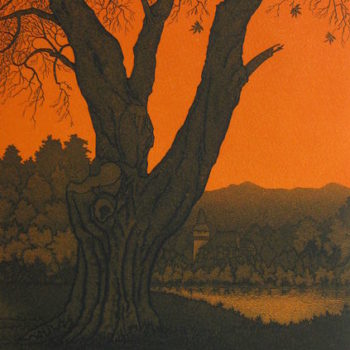 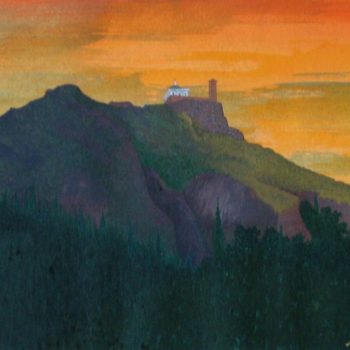 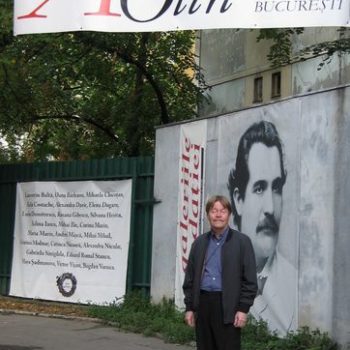 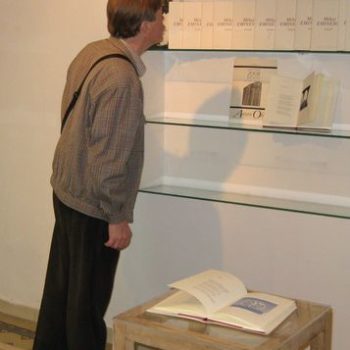