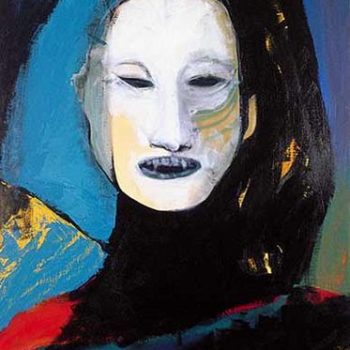 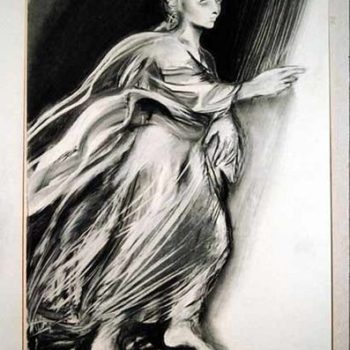 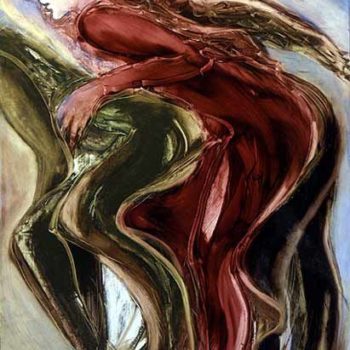 Liisa Grudei (formerly Eskelä, Seppälä) began her career as a concretist but has also worked extensively with representational art. Representational and non-representational are interwoven in many ways in her latest large collection, Knots. She received a through training at Helsinki art schools before entering the Finnish Academy of Fine Arts, where she studied with Eva Cederström, Göran Augustsson, Kauko Rantala, Tapani Jokela, Reino Hietanen and Paul Osipov.
Since her first exhibition at the Katarina Gallery in Helsinki in 1978, Liisa Grudei has held exhibitions at the Saskia Gallery in Tampere (1983, 1988), the Mosabacka Gallery in Helsinki (1992), the Valööri Gallery in Helsinki (1997) and the Mältinranta Artcenter in Tampere (2001).
Works by Liisa Grudei (Eskelä) were first shown at the annual exhibition of the Kunsthalle Helsinki in 1972. Other major landmarks in her early career were the Kunsthalle exhibitions of works by young artists in 1974 and 1975 and the national exhibition in Turku in 1974. She has likewise had works on show at the Nordisk teckningstriennale at Skellefteå in Sweden in 1989, the 97th annual exhibition of the Finnish Artists’ Association in 1992 and at other leading venues.
Liisa Grudei is also a talented art teacher and was awarded the State Prize for Merits in Children’s Culture in 1987.