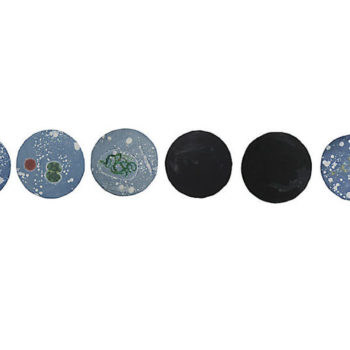 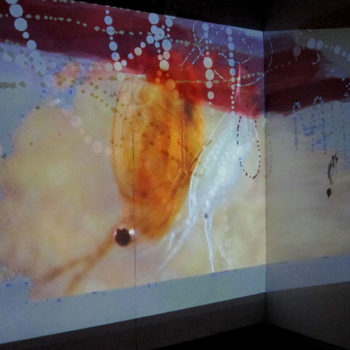 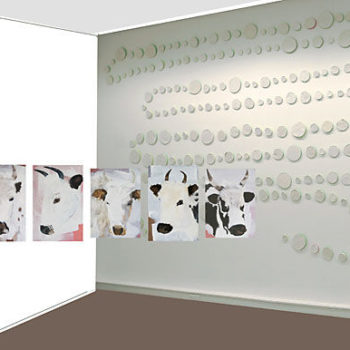 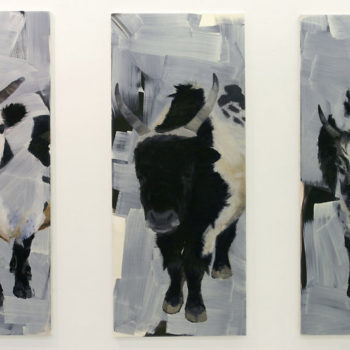 Anu Osva is a Finnish artist with scientific background in animal breeding (i.e. genetics, quantitative genetics and mathematics). She worked ten years as a researcher in this field, but chose to pursue an artistic career in 1990.

In 1999 she began to combine scientific thinking and observations into her artistic work. In her paintings layers of genetic information are mixed with random layers of oil colours. These layers of colour may contain natural, historical or cultural observations, or they may be related to our belief systems.

In 2005 Osva participated in a field trip to North-East Siberia together with a socio-cultural research team from Helsinki University. The target was three isolated, small villages, where endangered, genetically unique Yakutian Cattle still lives as a population of 900 animals. In her art project entitled ‘Yakutian cattle – A Research Expedition to Siberia in 2000’s ‘ she is investigating this cattle as companion species and co-travelers for humans in harsh, arctic environment.

Since 2008 she has been developing artists and researchers cooperation at the Kilpisjärvi Biological Station under umbrella of Ars Bioarctica. Water Flea Circus, Midnight Sun and ClimateScope are projects she has been working with together with corresponding project teams.

At the moment her focus is in arctic waters, especially in plankton and its different lifeforms with viewpoint in evolution and ecology. Residency periods in Kilpisjärvi and working in laboratories have given her new ways to work with painting and video simultaneously.

Osva has had several exhibitions in Finland and she has also displayed her works in international venues in Iceland, Sweden, Croatia and Belgium.