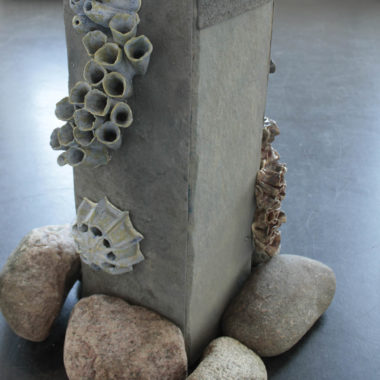 My artworks are installations, because using space to greate a comprehensive experience, also one for many senses interests me. The thought of the visual artist has to be seen in the material, and that makes the technique of the art work a part of the content. Each work requires its own method of working. The question how to depict repeats often in my works. The materials used link the art pieces to our daily world. I have often combined drawing and three-dimensionality: the mark of the hand, wich implies to presens and the objects. A succesful art work tempts people inside, indulce to believe in the scene I have created. And the viewer can maybe return to the past moment, wich, from all the fleeting moments, has for some reason started puzzling my mind. In my art I deal with the relationship between human and the nature. In the moment of environmental anxiety I work on with this theme from the point of view of an individual, not from the point of view of the political decisions. I depict groups of animals, small communities, wich are linked to each other and also to the people. This world lives regardless of me looking it and often hidden from my eyes. In three of my works I have depicted birds, wich are in the same time social and unreachable from the man. The art piece is a place for encountering. I also illustrate the passing of time in the nature, wich is not measured by a clock and where the time spans, compared to a human life, are wild. I have also depicted the surrounding mass-produced architecture, such as streetlight, staircase and piers and the traces of time in them. Also the idea of weightlessness, floating and being in a borderline, like on the water level or between floor levels repeats in my works. The task of an artist is to pick things and phenumenas from our world and bring them visible to be experienced and considered. Added to this, I am a member of an artists` group Piirakkakerho, which organizes community art events.
Show biography

15.5.-24.5.2020 artists` group Piirakkakerho`s one week happening and a total work of art in the gallery Forum in Helsinki 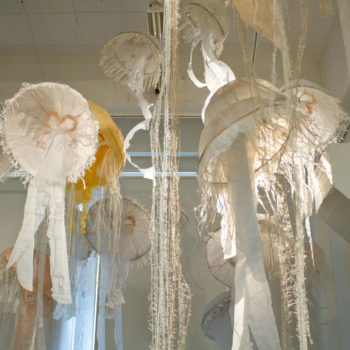 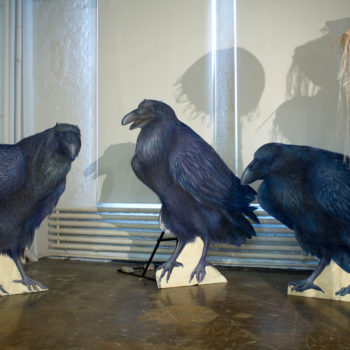 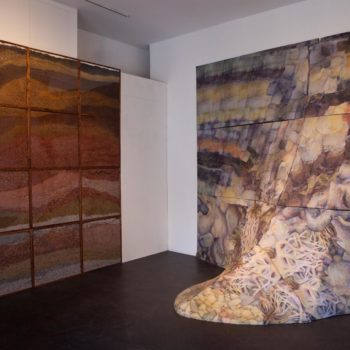 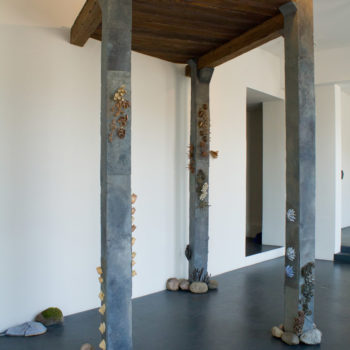 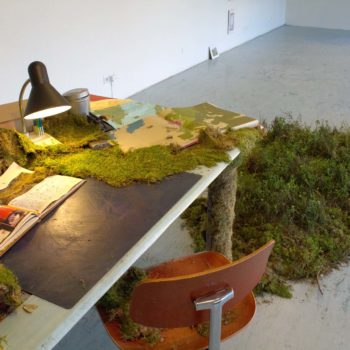 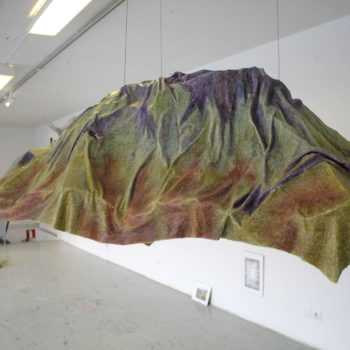 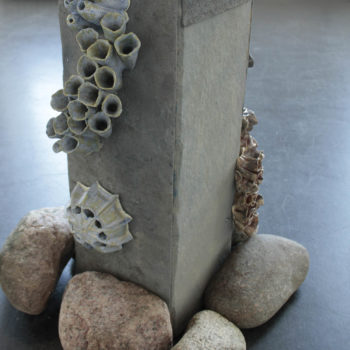 After graduating from The Academy of Fine Arts in Helsinki in 2010 I have worked actively as an independent artist. To the first exhibition after graduating, in Kappalaisen talo gallery in Porvoo I built a man size nest of birch twiggs. In 2012 in my solo exhibition in gallery Aarni in Espoo I built the installations customized to the architecture of the space: a flock of seagull sculptures flew into the gallery space, a sea shore in the colour of the floor was waving in the space, elements of a delapidated room were haunting in the space, a light shone under the wall panel and small plants ”grew” from the slot of the wall. In 2015 in gallery Rajatila in Tampere I constructed six art pieces related to the residency time I spent in Iceland. I made for example a mountain sculpture as a foulded canvas hanging in the air, painted, fluttering moths were spotting the window and the third art piece combined a photo of an icelandic landscape and a living piece of forest floor. Light installations in the dark room depicted the residency building at night: lights moving behind a window of a falls wall casted lights of ”passing by cars” and silhouttes of trees on to the walls of the room. I depicted the house also as small windows in the darkness and in them one could see my drawings, which represented either reflections from the surroundings or the interiors of the house.
In an exhibition of three artists in Forum Box in Helsinki in 2013 my installation depicted a nightly vision of a streetlight and a piece of shimmering asphalt. I added a sound of steps to the installation. In Factory Street Gallery in Helsinki in 2014 I showed for example a drawing installation of ravens and usable sculptures; chairs with legs dressed as human legs and feet. In 2017 for an invitational exhibition in gallery Sculptor in Helsinki I constructed two installations. The other one depicted a high, old pier on a sea front, projecting from the wall. It represented a man made structure spotted by sea creatures made of ceramics. The theme of the other work was an avalanche and had two parts:narrow boxies with windows on side showed colourful, layered soil and the other part was a big form, spilled on to the floor with a collage of drawings of soil on its surface. In April 2018 in Muu Kaapeli gallery in Helsinki I displayed translucent medusa sculptures hanging in the air and man size crayon drawings of ravens. I complete the drawing installation with a fourth raven and show it again in February in P-galleria gallery in Pori.
In addition to this I have made in collaboration a documentary video about making art with an assistant in disabled people`s home and showed the video work in Art Fair Suomi in Helsinki in 2017. I also supervised a Dream application writing workshop. I work in an artists` group Piirakkakerho wich has organized community art happenings since 2008, already fifteen. In them we question the presumption of a solitary male artist and remove the borders between artist and the audience, life and art. The next big happening is at 2020 in Forum Box in Helsinki. I have also been a member of artist`s association Muu bord in 2011-17, at the moment I`m in the member selection committee.