I have a great interest of traces of human life in cultural environment, athmosphere of place, ´genius loci´, and layers of history. Also the idea of Grand Tour is fascinating. -Where was the point at which the exotic became homely and homely became exotic?

For the past 20 years, I have been living between the Finnish and the Italian culture. That influences my approach greatly. I am in both of them simultaneously and I if I wish, I can observe their phenomena as an outsider, too.

During the painting process, I find it important to be open and give space for the ´speechless´ so that the invisible can come visible in the work. As main techniques I use oil on canvas and mixed media on paper. The historical materials and techniques are important and I use them with a new twist. The material becomes an issue per se and gives another conceptual layer to the body of work.

I have also realised commissioned environmental pieces in Helsinki: the Garden and the Piers. In Finnish Painters´Union I have ordinary membership. Among other collections, my work is found in the collections of the City of Helsinki And the Lahti Art Museum.

Since 2017 in the making there is a series of oil paintings Roihupelto-Pompeii. 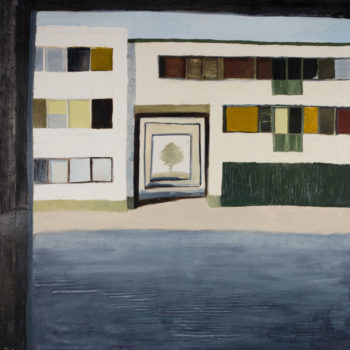 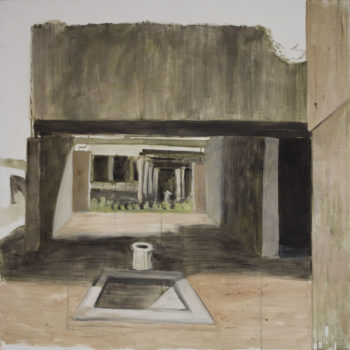 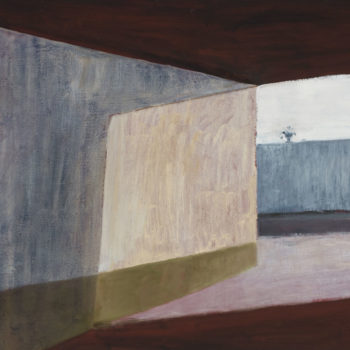 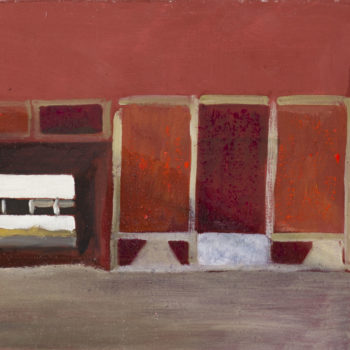 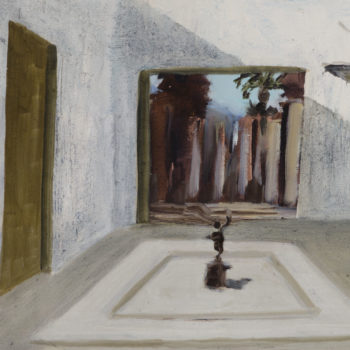 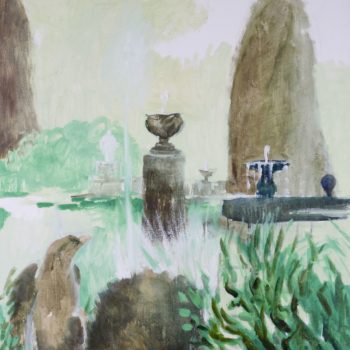 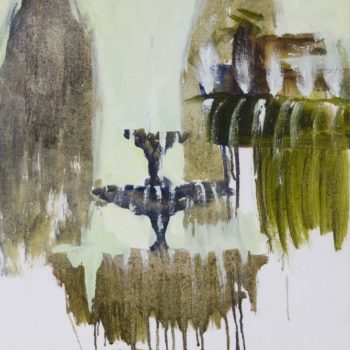 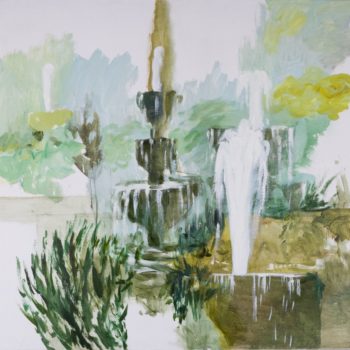 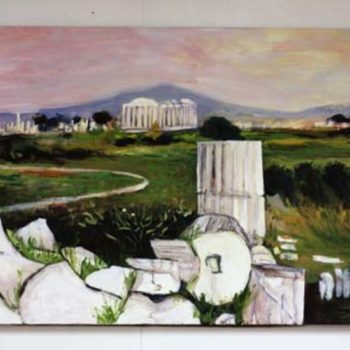 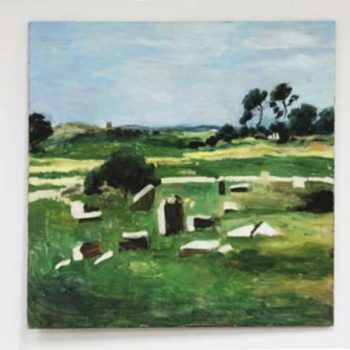 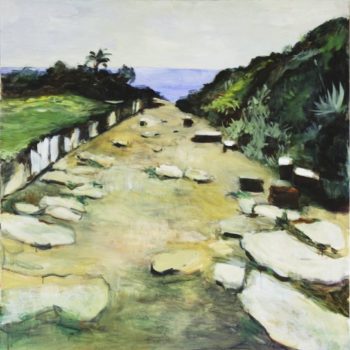 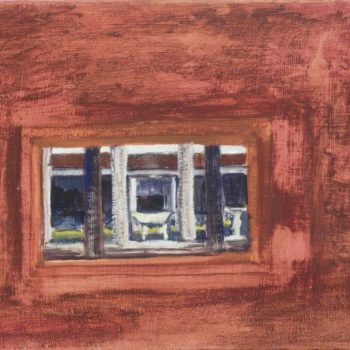 Toisella puolella I / On the other side I 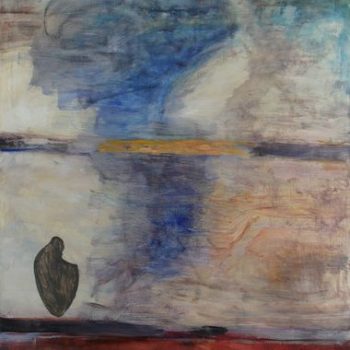 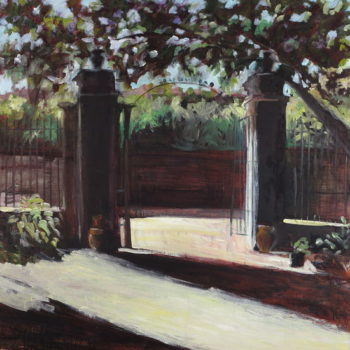 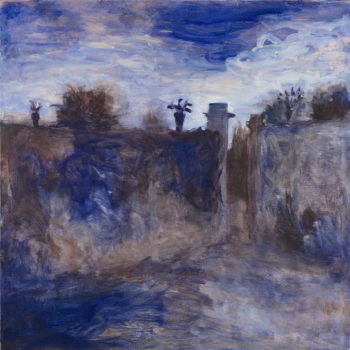 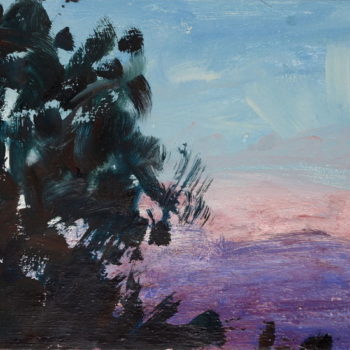 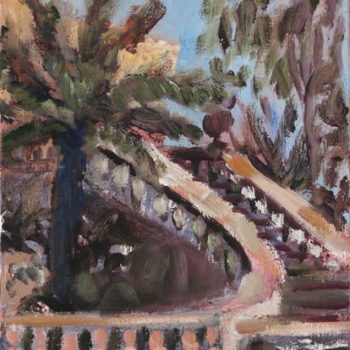 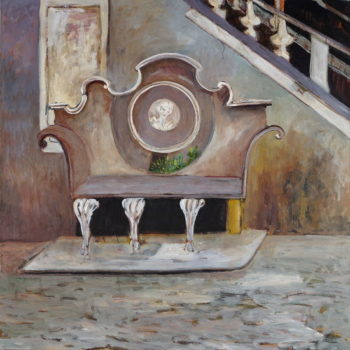 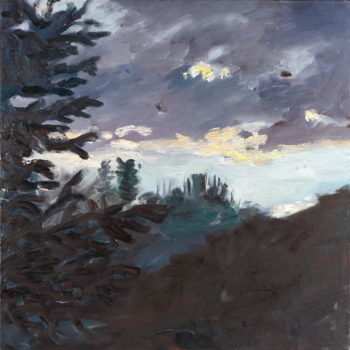 Merja Susanna Salonen Di Giorgio was born 1973 in Tampere. She lives and works in Helsinki. From 1998 on she has been working regularly in Italy, too.

The most important techniques are oil on canvas and mixed media on paper as well as the environmental art.

Salonen Di Giorgio graduated with the Master of Arts degree at the Fine Arts Department, Pallas Program at the University of Art and Design, UIAH, Helsinki in 1999 (nowadays Aalto Univeristy).

She has the ordinary membership of the Finnish Painters´ Union.

Her paintings were exhibited for the first time in a juryed exhibition in 1995. It was the 48th Young Artists´Exhibition at Helsinki Taidehalli. Since then, Salonen Di Giorgio has exhibited regularly in Finland and abroad.

To name some one man shows of paintings:

In 1998-2000 Salonen Di Giorgio realised a photo exhibition Helsinki in Florence, Florence in Helsinki: Painterly details of walls shown directly in the streets, exchanging places of the subjects to study "genius loci".

In 2003 she published a book ´Helsinki in Florence, Florence in Helsinki ´about the project. The introduction was written by Yrjö Larmola, the cultural director of the City of Helsinki.

In 2014 she published a book ´Grand Tour´ of her paintings with the introduction of Minerva Keltanen, the acting director of Sinebrychoff Art Museum, National Gallery of Finland.

Salonen Di Giorgio´s work can be found among the following collections:

Salonen Di Giorgio enjoys listening to baroque music and joining it by dancing.