Art is a journey - seldom an answer

Kirsimaria E. Törönen can be characterised as an illustrator, who has been freed from paper. She has continued on drawing with different materials and installations. Her artworks consider the history of fine art, interpreting it from a new perspective.

She creates reliefs of her drawings from different materials and scales them into varied sizes. The symbols used by Törönen are recognisable. Sometimes she creates visual riddles, but the riddles are unconscious in their symbolism, rather than true queries.

The line that draws forth the figure is ordinary, but perhaps because of this it the starting point of all visual art. Traces of primitive art are present, as well as ornamental decoration and the markings of a graffiti artist.
Show biography 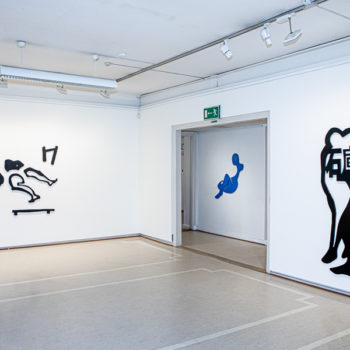 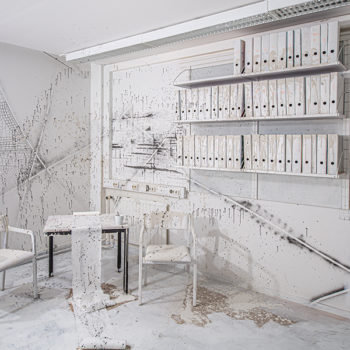 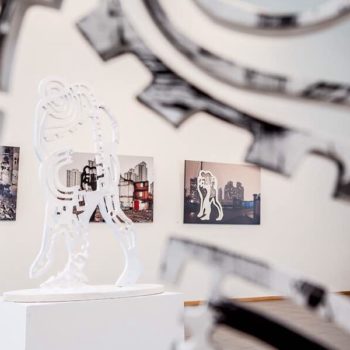 I have worked as a professional artist since 1993. I have operated under a trade  name since 1996.

I started my studies in Finland atthe University of Helsinki University faculty of drawing, led by Pertti Summa, in 1987. For me, it was natural for me to  study abroad due to attending  international schools in the Middle East during my childhood.

I graduated from the Willem de Kooning Academy of Fine Arts in the Netherlands in 1993 with a major in art graphics, with a minor in painting.

I work in my studio in Mikkeli and my residence in Ivalo. In connection with the Mikkeli studio, I maintain a studiogallery Wäkewä, which has served as an experimental space for art since 2013.

I have been awarded by the City of Mikkeli with the Mikkeli Prize in 2011 and the Arts promotion center regional art prize was awarded to me in 2016.